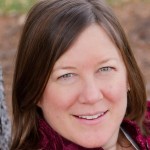 Leslye Moore
National Director, PWHT
As the National Director for PWHT, Leslye balances her training and work in Yogic sciences with a wealth of skills acquired in over 30 years of leadership in key positions. Prior to joining PWHT, Leslye’s career in humanitarian relief work took her to Rwanda & Croatia, where she worked directly with trauma-affected populations. As a Deputy Director for the International Rescue Committee in Croatia, Leslye collaborated with the U.N. High Commissioner for Refugees, the International War Crimes Tribunal and the International Red Cross. Leslye directed a number of federally funded programs in the areas of refugee resettlement, anti-human trafficking, disaster relief and HIV/AIDS prevention. In the U.S., Leslye served as a Regional Resettlement Director for the International Rescue Committee. Leslye is a founding member of the Florida State Anti-Human Trafficking Taskforce working closely with state and federal law enforcement agencies.

In addition to teaching for PWHT, Leslye develops new collaborations, ensuring that this work continues to have the greatest possible impact on the veterans and their families. She is a passionate advocate for veteran wellness. Leslye received B.A. in International Affairs from the University of Colorado, Boulder, and a M.A. in International Administration from the School for International Training, in Brattleboro, Vermont. 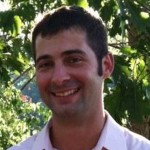 Rich Low
PWHT Advisory Board Member
Rich is a US Army Veteran of Iraq where he served from 2005 -2006 leading an Infantry Platoon in Mosul, Baghdad and the Al Anbar province.  He was stationed in Fort Richardson, Alaska with the 4th BN 23rd Infantry regiment.  In 2007 he separated from the Army and has been establishing a professional career with GE Healthcare.  He is now a Supplier Quality Manager, leading a team of engineers driving compliance to FDA regulations as well as supply chain excellence for multiple businesses.  He holds a Bachelor of Science in Mechanical Engineering from Clemson University and enjoys SCUBA diving, hunting, fishing and rebuilding a jeep.  Rich is a graduate of the Power Breath Meditation Workshop of PWHT. 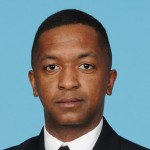 Dr. Robert Carter III
PWHT Advisory Board Member
Robert Carter III is a Lieutenant Colonel in the United States Army, currently serving as Chief of the Tactical Combat Casualty Research Program, Fort Sam Houston, TX. He is a graduate of Northwestern, Southern University, and the University of North Texas Health Science Center where he received a Master of Public Health in Epidemiology & Biostatistics and Doctorate in Biomedical Sciences. He completed additional public health training as a Alonso Yerby Research Fellow at the Harvard School of Public Health, Boston, MA. His research focuses optimizing combat casualty care on battlefield with advanced decision support systems for guiding life-saving interventions for bleeding and traumatic brain injury (TBI). He has published over 75 peer reviewed articles, book chapters, and abstracts on a range of topics such as human performance, environmental stress, memory loss, cognitive stress, and trauma. 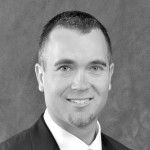 Michael Vineyard
PWHT Advisory Board Member
A 1999 graduate of the United States Military Academy at West Point, he holds a Bachelor’s Degree in Economics with a Minor in Mechanical Engineering. He served in both peacetime and war operations in the Active Duty U.S. Army, Michigan National Guard, and continues to serve in the US Army Reserves as a Major. He left Active Duty in 2005 upon returning from Iraq and began a civilian career with Stryker, a medical device company in Kalamazoo, MI.  After 5 successful years at Stryker and a deployment to Afghanistan, he began his Edward Jones career in early 2010 as a Financial Advisor in Lafayette, CO. He later relocated his business to McCall, ID where he is an active community member and served on the Board of Directors for the McCall Area Chamber of Commerce, St. Luke’s McCall Hospital District, and McCall Rotary as club President. He is  active in the American Legion Post 119, the McCall OPTIMIST, as well as the Riggins and Cascade Chambers of Commerce. 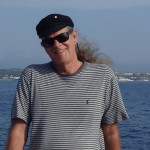 Dean Harmison, D.D.S.
Dean’s professional life has been as a private practice dentist in San Antonio, Texas. The last 25 years, he was a part of several non-profit educational and charitable foundations as secretary and president.  These include The Art of Living Foundation and The International Association for Human Values.  He teaches relaxation and stress management techniques and processes along with yoga and meditation to people from all walks of life. His most recent passion is serving on the Board of Advisors of Project Welcome Home Troops and facilitating Power Breath Meditation workshops for Vets and their families.